The Queen. As soon as someone says it, an image of Queen Elizabeth II immediately arises. She is not only a symbol of Great Britain — it would be no exaggeration to call her a symbol of an era. Today, everyone is writing about her to pay tribute to the great woman she was.

She is considered to be the icon of wisdom and restraint — and this is undoubtedly true. But aside from that, she was a fashion influencer who inspired and inspires us. As a matter of fact, she never opposed the status. Keep scrolling to learn the most interesting facts about the Queen and fashion. 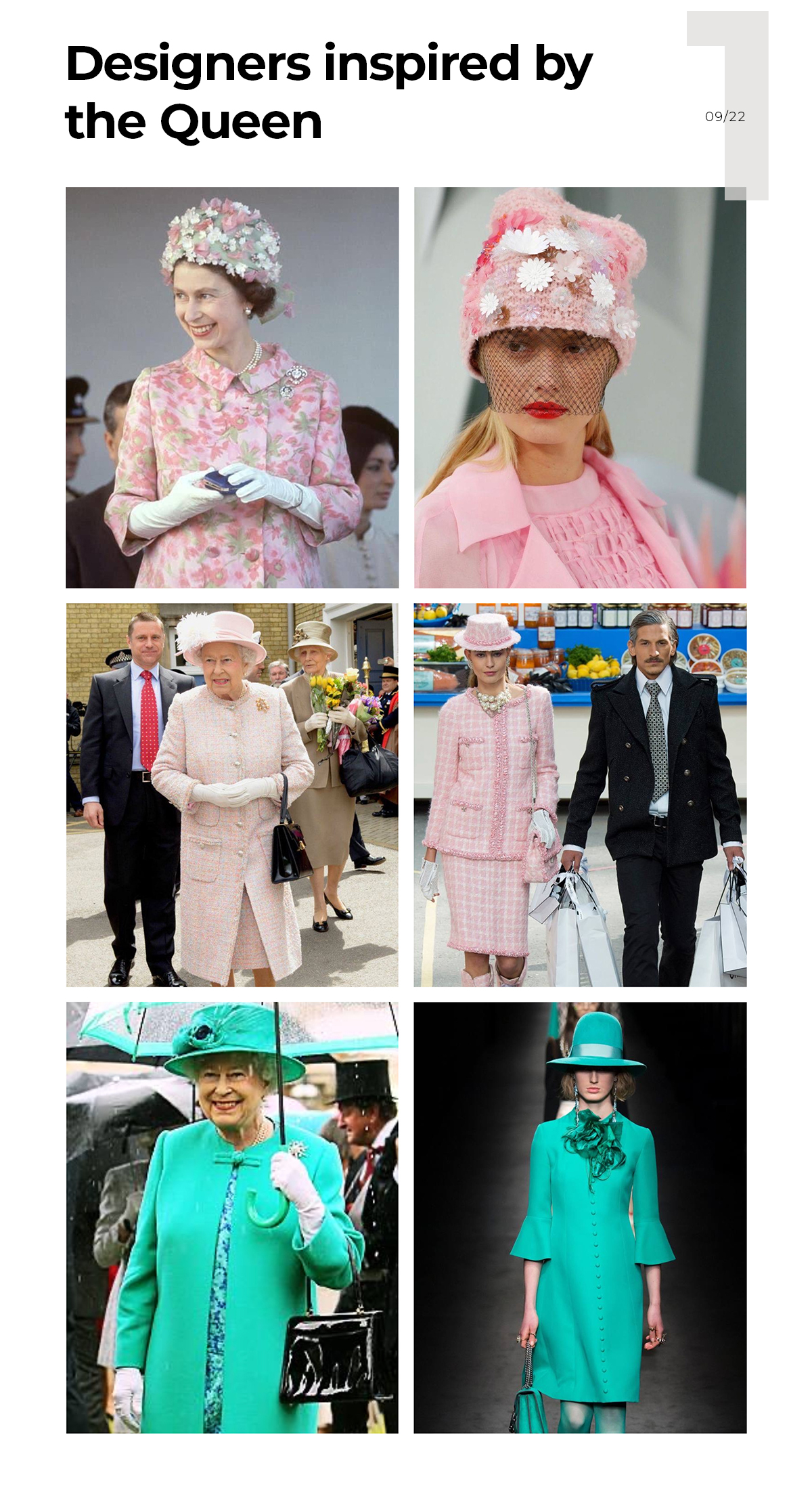 #1. The monarch’s wardrobe has to display consistency. Of course, the Queen’s clothing choices were not based on the latest fashion trends. They were elegant and carefully thought through. Nevertheless, Queen Elizabeth’s outfits served as a great inspiration for designers such as Gucci, Chanel, and Dolce&Gabbana. 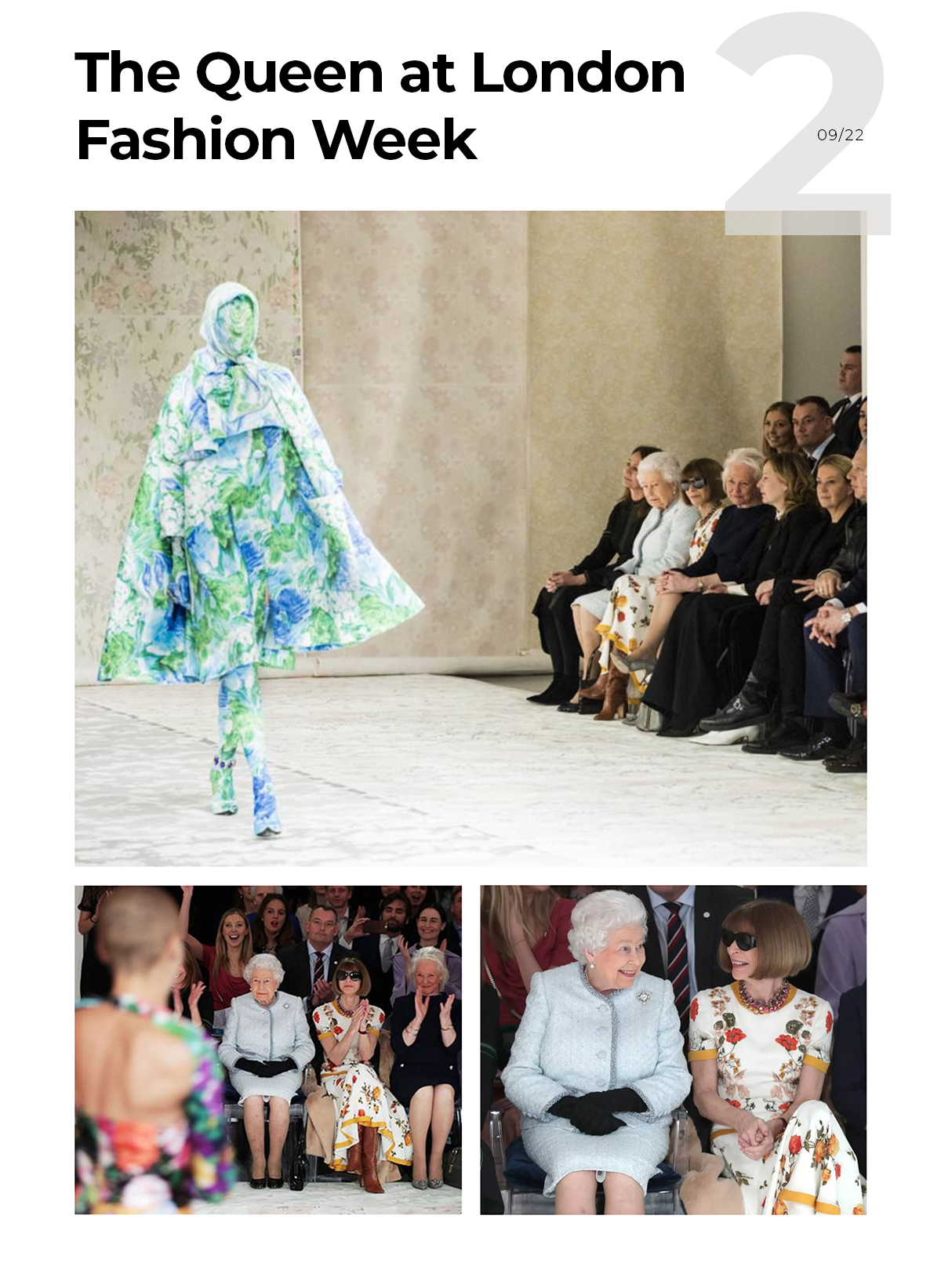 #2. The only time the Queen made an appearance at a fashion show was in 2018 when she made her visit to London Fashion Week. She attended Richard Quinn’s show and sat in the front row, next to Anna Wintour. Perhaps, she was interested to see one of her favorite accessories on the runway — the scarves. After the show, the Queen presented Richard Quinn with the British Design Award. 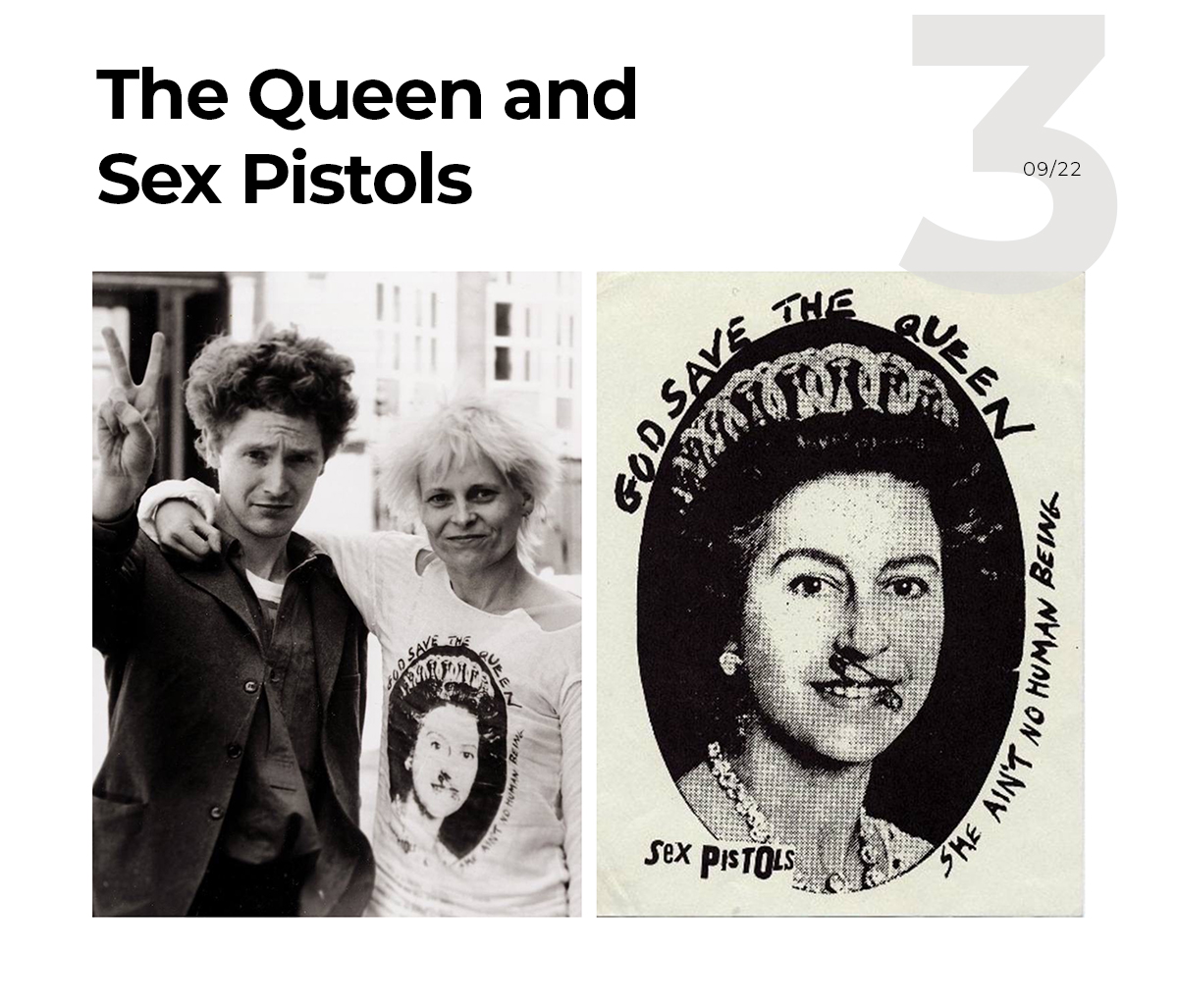 #3. The Queen is a nonconformist symbol. How about that? It was the Queen’s portrait with a safety pin on her face that Vivienne Westwood placed on her controversial Sex Pistols shirt. By the way, Her Majesty had no negative reaction to such depiction, and Vivienne Westwood received the British Designer of the Year award later in life. 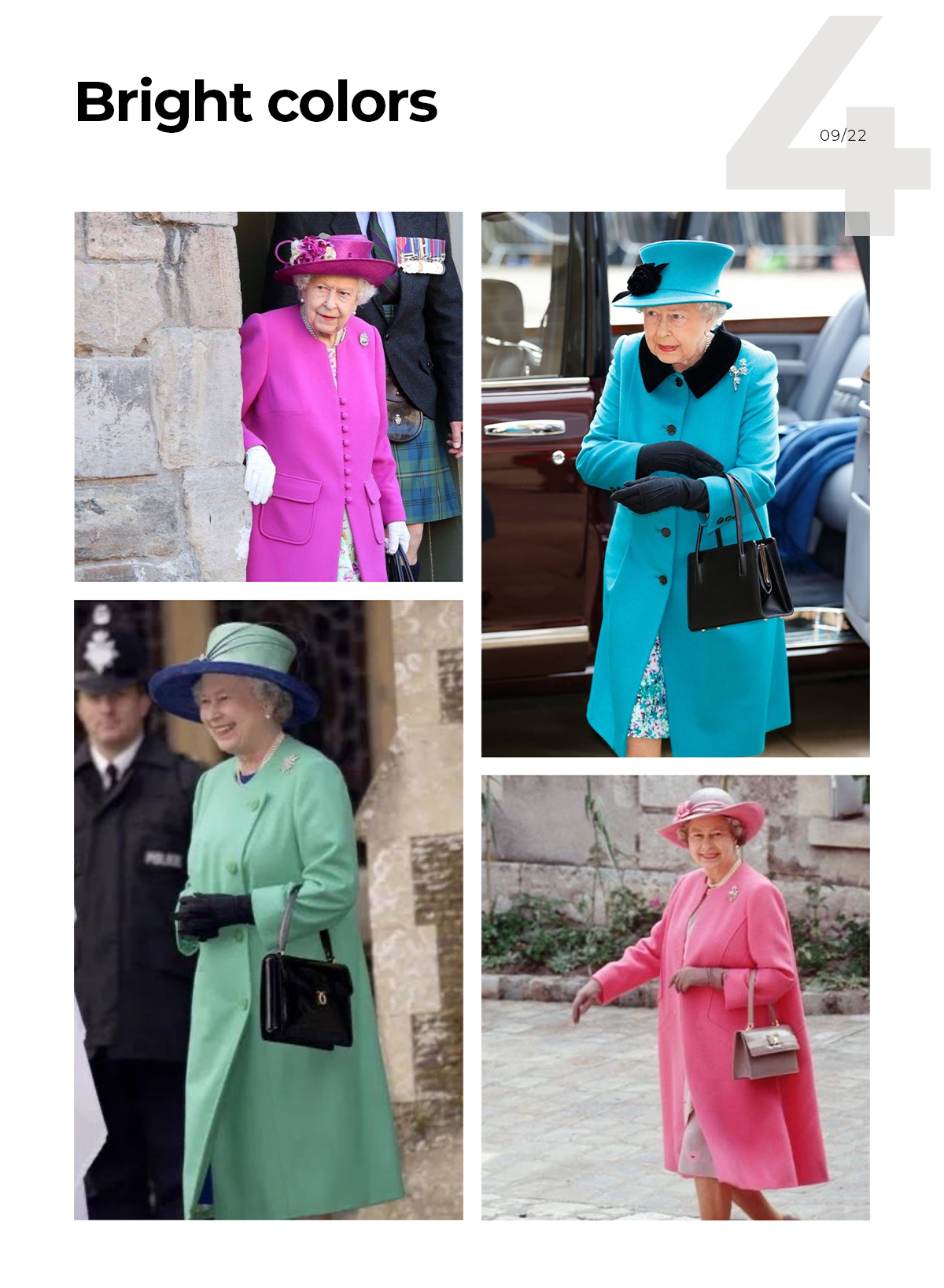 #4. The Queen is famous for her bright monochrome looks (which are actually a huge trend now). Is it a matter of personal taste? No. The Queen has to be seen from afar — by her people, when she appears in public, and by security, of course. Now you know the secret. 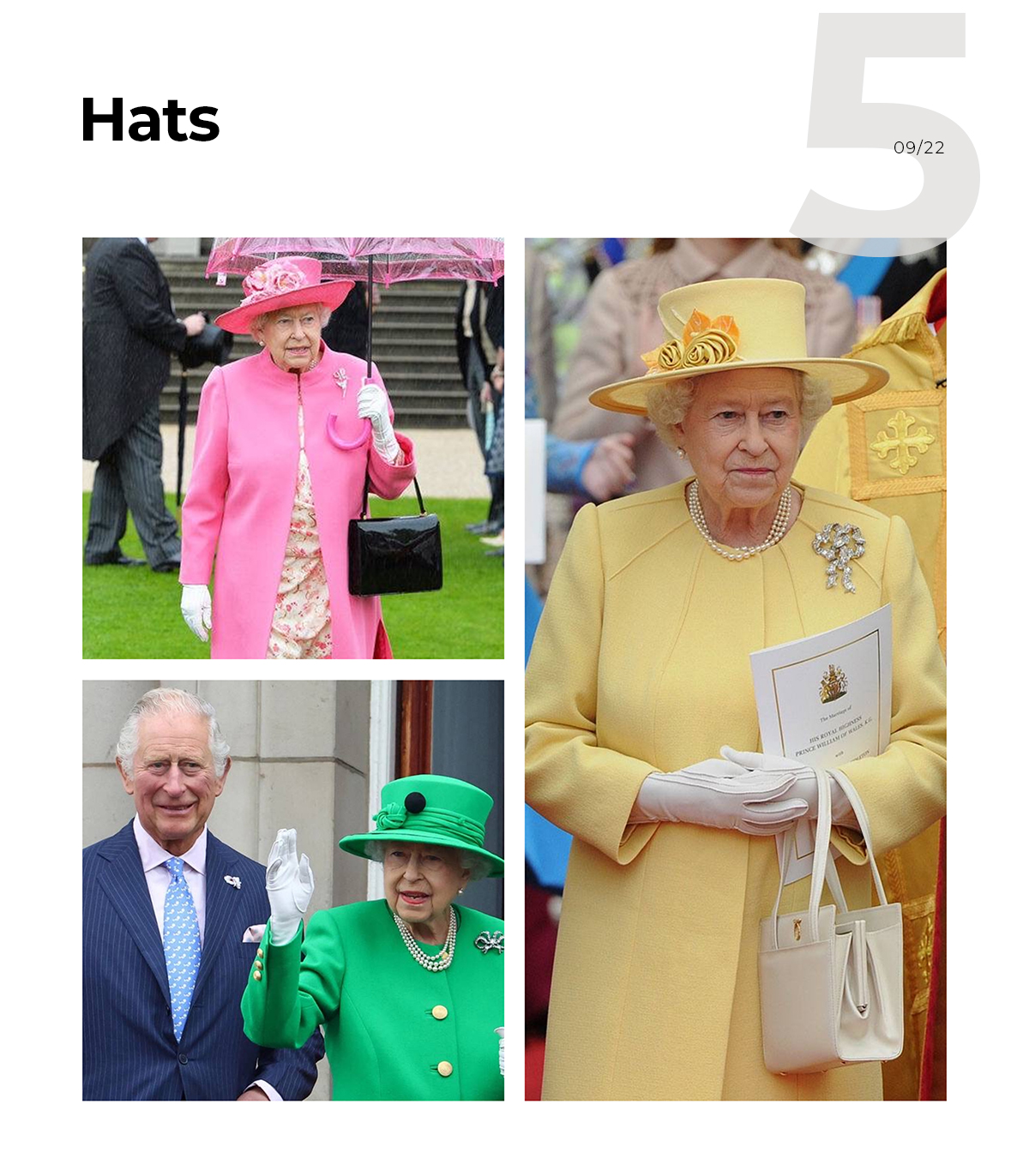 #5. There must be no incidents with the Queen when she is in public, therefore every little detail is thought out. For example, most of Queen Elizabeth’s hats were designed to have a height that would not let them fall off when leaving the car. At the same time, the width of her hats’ brims guaranteed they would not fly away in the wind. The shoes must not be tight, and that is why there was a staff member tasked with breaking in the Queen’s shoes.

By the way, there are more than 5000 hats in the Queen’s wardrobe. And every outfit was granted a number so they would not repeat. 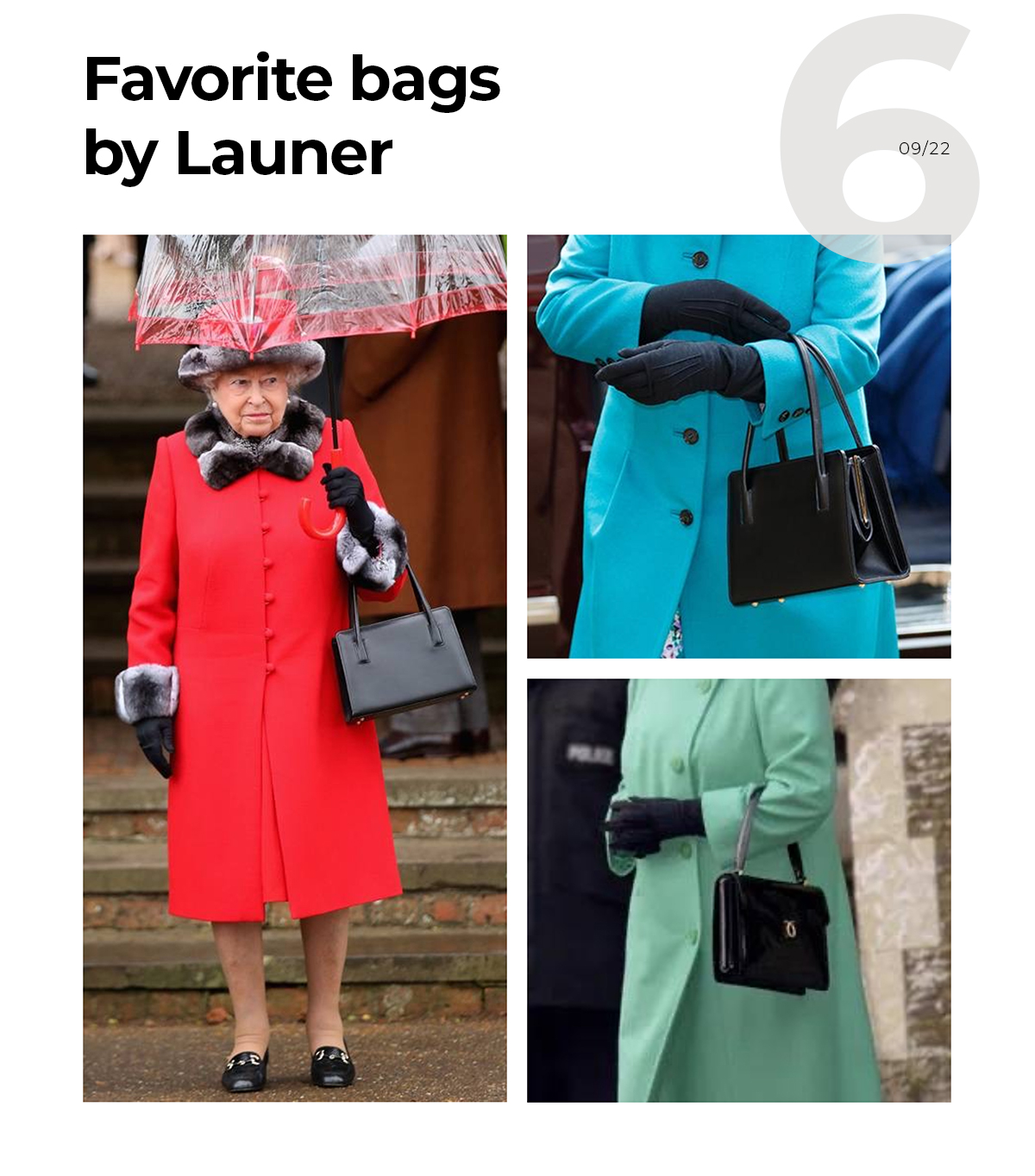 #6. The Queen had a favorite handbag brand — Launer. Surprisingly, this brand is almost unknown to the general public. She had been wearing the brand’s bags for 40 years. Some say there are about 200 handbags in her collection. 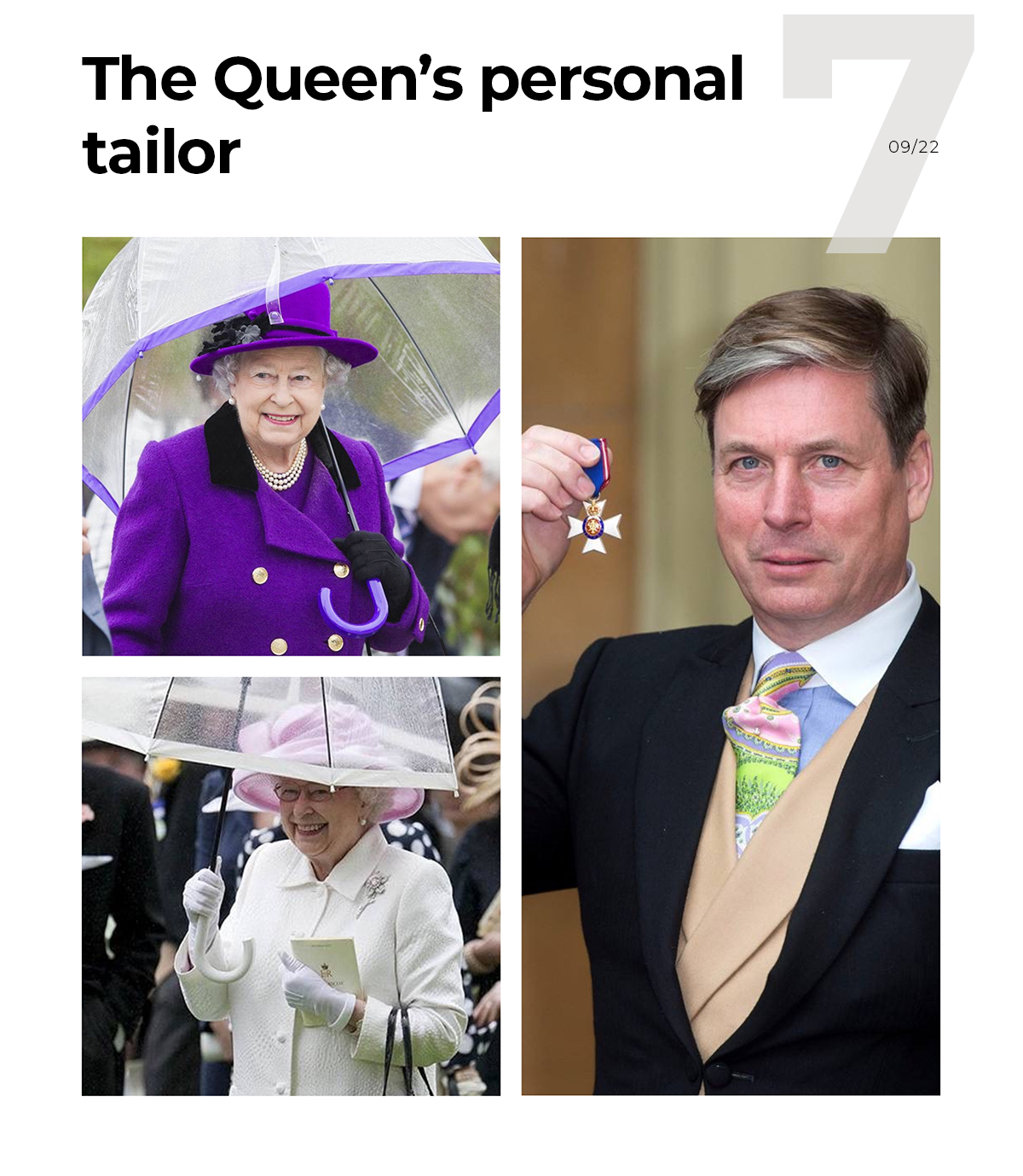 #7. Stewart Parvin has been responsible for the Queen’s outfits for many years. Interestingly, the Queen had a matching umbrella for every outfit in case of rain. 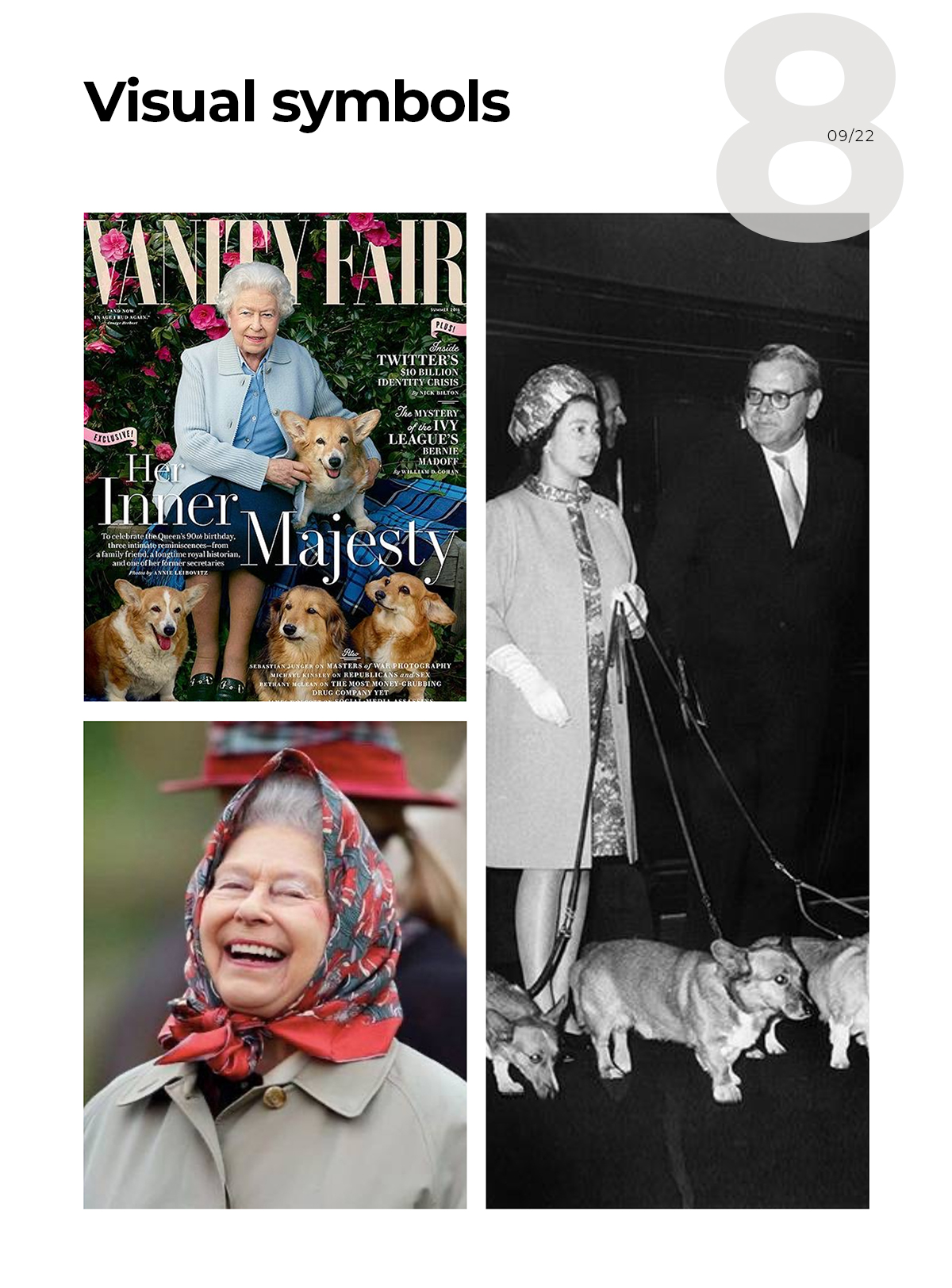 #8. Queen Elizabeth II will be remembered as a vibrant personality with her key visual attributes — scarves (mostly by Burberry) and corgis.

God save the Queen!

Read more in our Blog:

Fitting: back drag lines and wrinkles on trousers

Sleeve fitting issues: the sleeve cap is too high

The world will remember her as a brave, audacious, and bright person.