Vikisews Blog: Kim Kardashian: how did she become a fashion influencer?

It’s never too late to change your style and become a fashion icon. Kim Kardashian – one of the top fashion influencers – is a great example. She went from a Paris Hilton’s background friend, a wannabe socialite in a tacky dress, to a style icon the brands are eager to collaborate with. Here’s a Kim Kardashian style retrospective. Keep scrolling!

Kanye West is responsible for shifting Kim’s style from ordinary to epic – let’s give him credit for that. The controversial musician has long demonstrated an ability to identify trends and create commercial success. 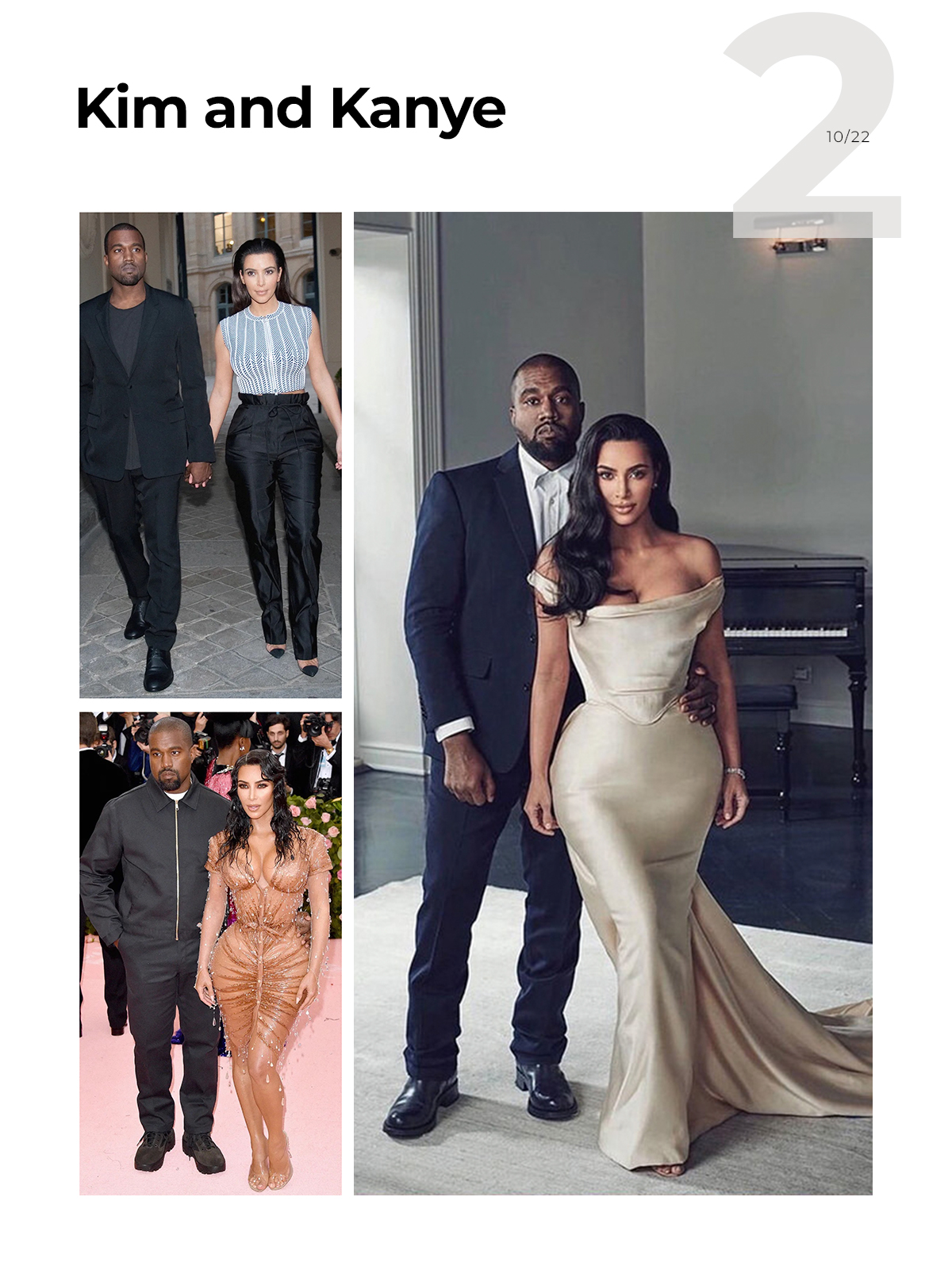 Kim’s style started changing when she met Kanye West. Ye hired a whole team of stylists who transformed her wardrobe once and forever. The stylists got rid of clothes that could remind people of the years when Kim was no more than an invisible party girl. The velour Juicy Couture tracksuits were replaced with clothes by high-end brands that Kim never wore before – like Balmain, for example. At the time, Kanye West became Kim’s personal fashion advisor. 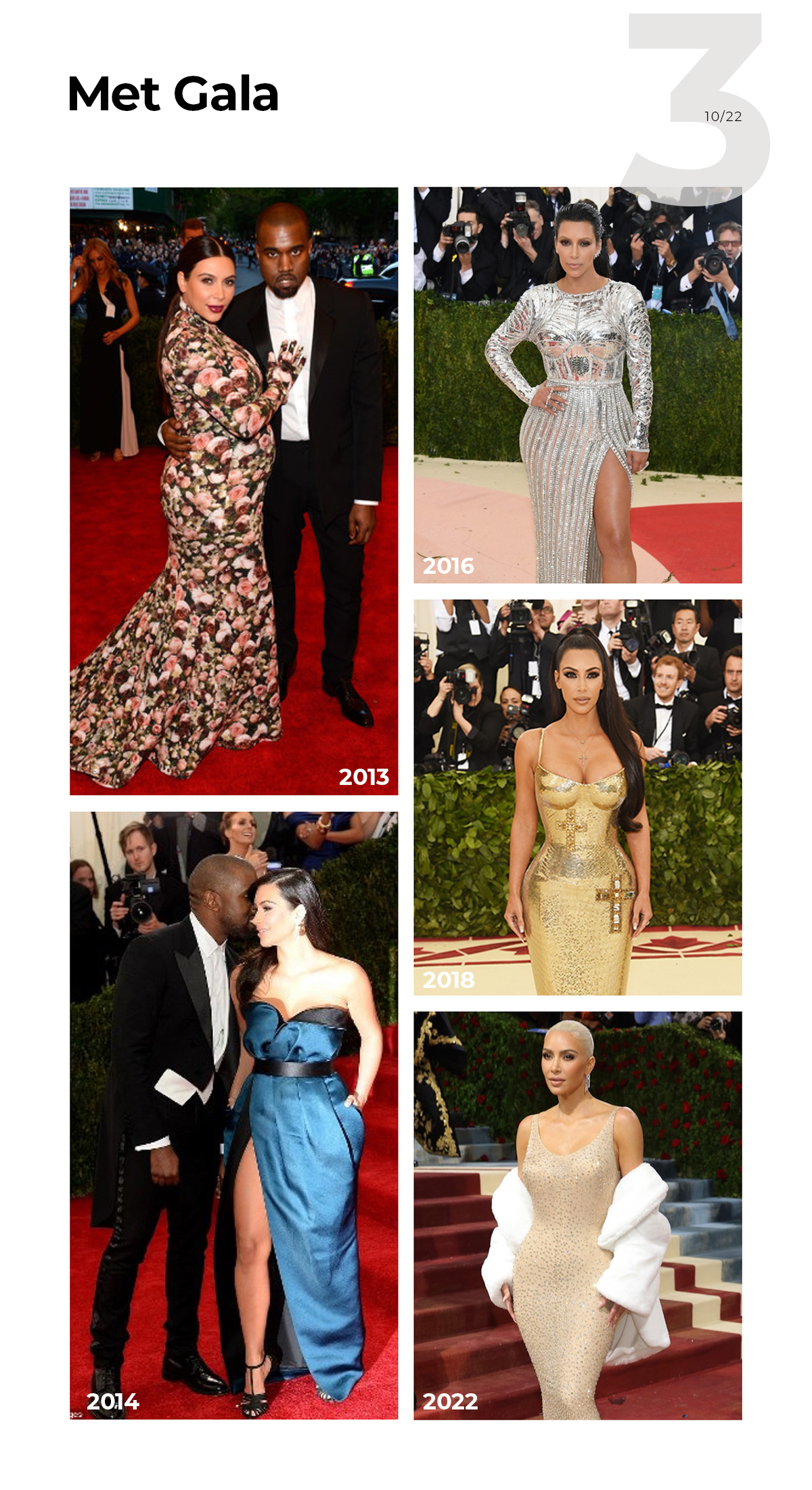 In 2013 Kim made people talk about her even more. Kanye took Kim to the Met Gala as a plus-one since she wasn’t invited personally. Back then, she was 7 months pregnant and wearing a dress by Riccardo Tisci. There were two gowns she had to choose from – the black and the floral. Rumor has it, Kim chose the black one, however, Anna Wintour, an Editor-in-Chief of American Vogue magazine, insisted on the floral number.  Well, you have probably come across a meme or two related to that infamous Met Gala dress. People called it “the couch dress” and mocked Kim saying she looked like Mrs. Doubtfire. But the fact remains that people started talking about Kim Kardashian and her style. 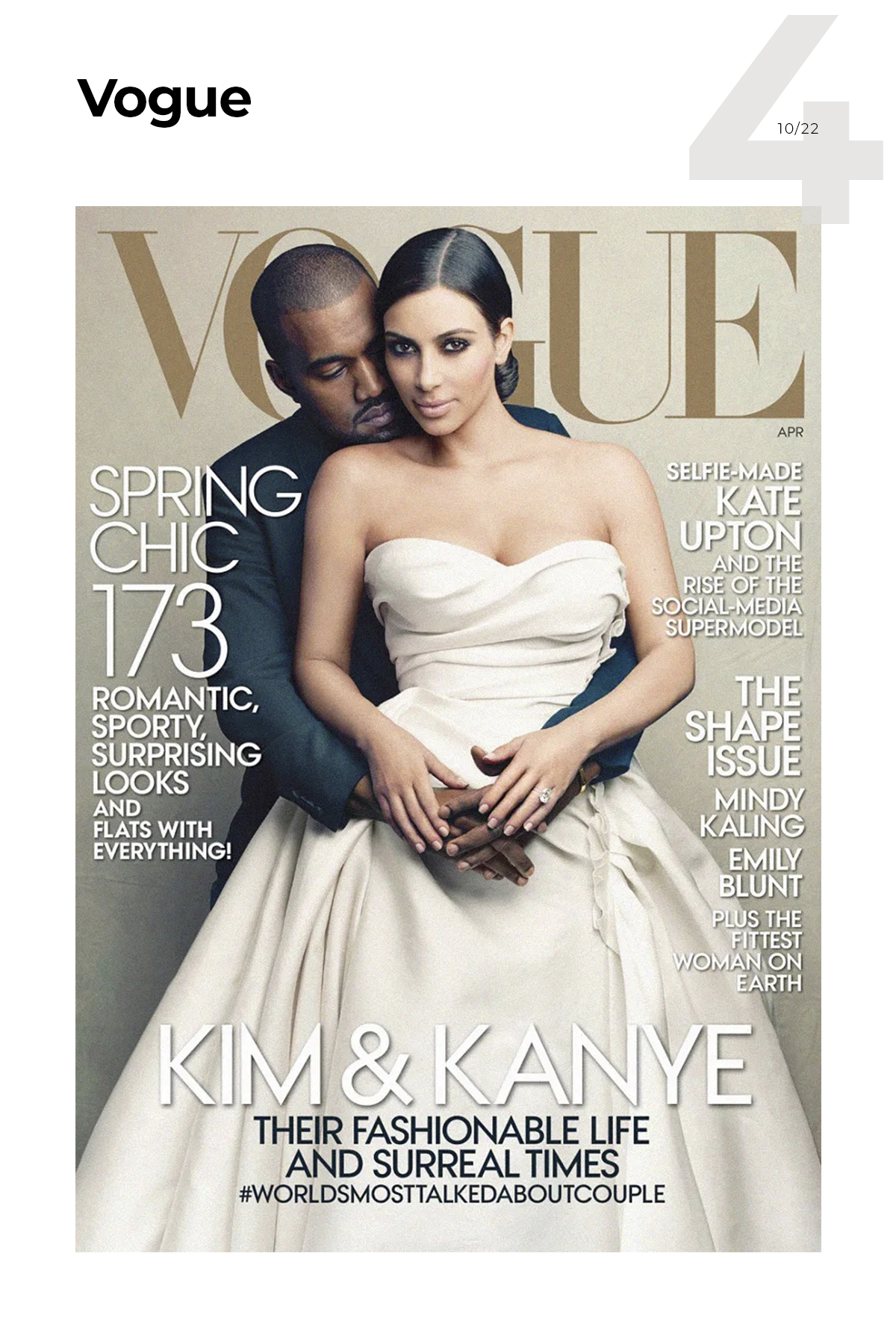 The year 2014 marked another significant milestone in Kim K’s fashion evolution, and Kanye was a part of it, too. That year, the soon-to-be-married couple landed on the cover of American Vogue. The cover was very controversial. First of all, it was the first interracial couple to appear on Vogue’s cover. What’s more, one of the pair was not a celebrity but just a reality TV star. Many readers started canceling their subscriptions, but it was Anna Wintour who again insisted on using Annie Leibovitz’s photo. Wintour said it would be foolish to ignore the Kim and Kanye phenomenon. In the photo, Kim was wearing a Lanvin wedding dress.

In 2016 Kim gave birth to her second child and established her fashion influencer status when she appeared at the Chanel fashion show as one of the main guests.

After that, every Kim’s appearance was a fashion bombshell. Only the top brands – Vivienne Westwood, Thierry Mugler, and Gucci – dressed her for the red carpet. Nobody would dare to doubt her influence on fashion.

Her work as an ambassador for Kanye’s brand Yeezy also made everybody see that Kim doesn’t just sport trends, she sets them. She was the first one to pair up the “unpairable” clothes: biker shorts with a puffer jacket, jogger pants with a classy coat. The public was snobbish about these outfits but later everybody started dressing like that.

Riccardo Tisci once said about Kim Kardashian, “The designers didn’t accept Kim at first, but now they’re dying to work with her.” Thierry Mugler dressed her. She is an ambassador for Balenciaga. Dolce&Gabbana had a collaboration with her in hopes of revitalizing the brand.

Fashion shifts and changes are available to any of us. You don’t have to buy high-end designer clothes – just pick modern-looking garments and pair them up wisely. By the way, it’s easy with the Vikisews patterns. Be sure to check them.

The right accessories are capable of turning a simple outfit into the trendiest one.

Let's make a compilation of the fashion influencer looks to inspire you.

In our reviews, we usually focus on women’s fashion trends.